If you watched last night’s debate, there was a lot of talk about war in places like Iraq and Syria, but very little about how to care for the men and women who serve after they return home. Today is Veterans Day. This went unmentioned during the Republican Debate.  America spends the most money on its military and does very little to care for those soldiers when they return home. 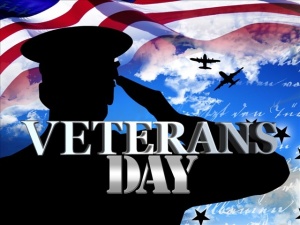 Veteran’s Day has become a commercial holiday where you find the biggest promotions in Veteran’s Day Sales from various retailers. While many restaurant chains offer free meals to Veterans on this day and their honoring of our Veterans is greatly appreciated, it’s not enough. It’s not their job to take care of our Veterans. It’s our government’s job. Our government spends billions of dollars to put our soldiers in harm’s way and send them off to wars that in most cases, never should even exist. Our brothers, sisters, sons, daughters, moms, dads, grandparents, friends and family members sacrifice their own comforts of home to secure ours. The politicians who decide their fate rarely have experienced life as a soldier.

I have my suspicions on why our government fails our Veterans. Today I want to take the time to not only honor them with appreciation, but also with ways we can all go further than just acknowledging them on designated day.

I’d first like to address a very serious condition among our Veterans.  P.T.S.D. (Post Traumatic Stress Disorder) is taking the lives of our Veterans every day in the form of suicide. It is reported that 22 Veterans and 1 Active Duty Soldier per day are committing suicide. With only 22 states actually reporting Veteran Suicides, this number is already astounding and one can only imagine, may even be double or more if we were to get reporting from all 50 states.

Stephanie Lembo released this heartbreaking video on September 1o in honor of World Suicide Prevention Day. In it, she reveals that her husband Anthony killed himself in 2010 after months of not sleeping or eating and refused to get help for his trauma because he would lose his security clearance. It has been viewed over 23 million times since she posted it.

Stop Soldier Suicide is an organization that focuses primarily on saving our heroes from taking their own lives.  Many Veterans fear asking for help and that needs to change. We, as a nation, need to encourage them and make resources easily available. I’ve been told by some of military friends that the lack of reporting symptoms is in fear of repercussions on the job. Soldiers face losing security clearance or other job related responsibilities.  Many feel the risk is too great for them to ask for help. So they go untreated and when it becomes too overwhelming, it is often too late. Patriot Outreach is another organization that offers soldiers and Veterans help with anger, stress, pain combat stress and P.T.S.D.

Another serious problem in this country is homelessness among Veterans. According to the National Coalition for Homeless Veterans, 12 percent of homeless adults are Veterans. On any given night, there are approximately 50,000 homeless veterans on our streets. If the US can afford to send people off to war, it can absolutely afford to take care of them when they come home. There’s no excuse for the number of veterans living on America’s streets. As we commemorate the service of our Veterans, we must also remember that our society has failed them in so many ways. We can and must do better by them.

I’ve researched the best non-profit organizations that are aimed at helping Veterans, if you are so inclined to donate to them. I am also including links on how you can get more involved and instead of donating money, you can send packages to our troops and see your donation reach its recipient.

One organization that I advocate for passionately is Iraq Veterans Against the War. The group’s website explains their mission:

“Iraq Veterans Against the War (IVAW) was founded by Iraq war veterans in July 2004 at the annual convention of Veterans for Peace (VFP) in Boston to give a voice to the large number of active duty service people and veterans who are against this war, but are under various pressures to remain silent.”

From its inception, IVAW has called for:

I encourage all Americans to do a small part in helping with this large problem. We can no longer tolerate the inhumane treatment of our heroes who sacrifice so much for our nation. It’s unacceptable and it needs to change. Please, show your support to our Veterans by joining some of these organizations and being active in demanding better from our leadership.

A wonderful Charity Organization right in my home state of New Jersey is Homes for Veterans. They do fundraising events to build handicapped accessible homes for our war heroes and work to keep our Veterans off the streets. Please take time to visit their website and donate to their cause or volunteer if you are able. 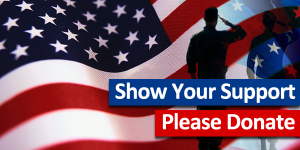 Some great organizations to send your donations to that received top ratings from Charitywatch.org: 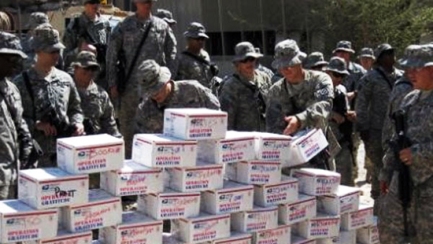 If you would like to send care packages to our active duty military, here are some links to guide you. This is a great way to get kids involved and even entire classes at schools. A great project for local groups and organizations would be collecting items to send to our soldiers. I have done this often and also enjoy sending care packages to friends when they are stationed overseas. I hope many of you will do the same.

For a great list of resources on helping our Veterans, check out Veteran Service Organizations listed at Operation We Are Here. They also have links for active duty military organizations.

Another issue facing our nation is the suggested privatization of our veterans services. In an email statement from Senator and Presidential Candidate Bernie Sanders today, he wrote:

“Last year, as Chairman of the Veterans’ Affairs Committee, I authored and passed the most comprehensive veterans’ legislation in decades, reaching across the aisle to team up with Sen. John McCain. Amid reports of unacceptable wait times and calls to dangerously privatize veterans health care, we actually authorized funding for 27 new medical facilities and hired more doctors and nurses to care for the surging number of veterans returning from wars in Iraq and Afghanistan.

After two wars over fourteen years, never before have so few been asked to do so much for our country. I voted against the Iraq War, which I think will go down as one of the worst foreign policy blunders we have ever seen, but I have never wavered from my commitment to caring for the women and men who served, and continue to serve, in that conflict.

You may not have heard much about it from the Republican candidates last night, but how we care for our veterans is going to be a central issue this election. The Koch-connected Concerned Veterans for America are prepared to spend untold millions of dollars supporting the privatization of veterans’ health care. And almost every Republican candidate running for president supports their plan to place the profits of private corporations over the promise made to our veterans.

Sign my petition if I can count on you to help me continue fighting against the Koch-connected plans to privatize veterans’ health care.

The United States has spent trillions of dollars sending our young men and women to fight in Iraq and Afghanistan. Surely we can come together to ensure the Department of Veterans Affairs has the resources needed to care for them when they return.” ~ Senator Bernie Sanders

Senator Sanders has and continues to fight for our Veterans. To see more about his efforts, visit his website here.

Happy Veteran’s Day to all of you who have served, currently serve and will serve our nation in our armed forces. Thank you.

I’d also like to note that I have many friends who are active duty and retired military personnel. This article is dedicated to all of them. One in particular, my dear friend Chris, recently made a huge step toward getting the help he needed in battling P.T.S.D. Chris went untreated for years for many of the same reasons a great amount of other Veterans do. I am not only proud of Chris for his service, but for his bravery here at home in battling the effects of war in his life. Thank you Chris, this is for you.   ~JerseyGirlBlog

The Jersey Girl Behind The Blog

The Jersey Girl Behind The Blog